In Oct 2018, Set Raksa began her degree course at The Royal University of Phnom Penh. She is studying Community Development and wants to use her degree to improve the standard of living in the countryside of Cambodia. Raksa has been helping AKUN for some time in our Sunday Feeding Program as a volunteer scout. She is very energetic and has been taking care of her family since she was small, after her mother died. She endured many hardships to complete her schooling and prepare for college. Her degree program is for 4 years. She has completed her first year with a fine academic performance. She writes “life in the Student Center is very good and the senior students help us a lot in guiding us in our studies." 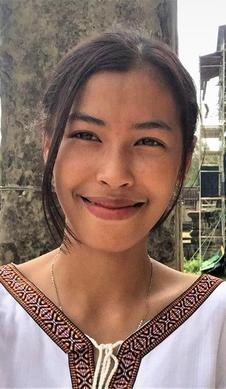 AKUN currently has 5 students sponsored thanks to direct sponsors and your donations to the Sarah Meredith Fouad Scholarship Program! 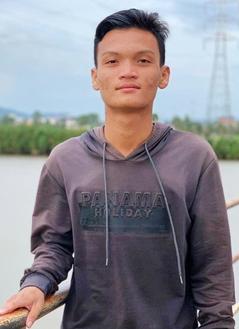 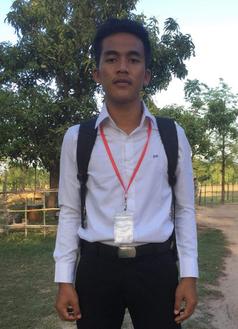 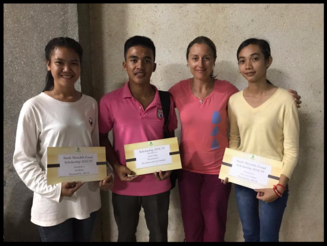 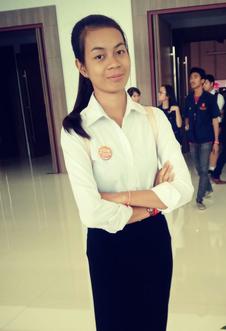 Sam Vicheka began her History degree at the Royal University of Phnom Penh in 2021. She is an only child and her family relies on rice farming in Kampot Province, Cambodia. Since Sam Vicheka was born her mother has suffered with heart problems. Due to continuing issues related to her heart, Sam Vicheka's mother has been unable to work much since Sam Vicheka's birth. Sam Vicheka has had to grow up very fast. She is a kind and caring young woman. Sometime ago when Vicheka finished grade 12 her mother expressed her desire to see her daughter studying. Due to the Sarah Meredith Fouad Scholarship this dream has been realised.

Sam Vicheka was a SFP child when she was younger. As she grew older, she became a leader and volunteered her time towards helping on Sundays. 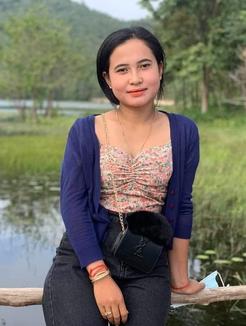 In Oct 2018, Oem SokLa began his pursuit of a diploma in Electrical Studies at Don Bosco School in Phnom Penh. He wants to use his degree to become an electrician and help his family. SokLa’s family are poor farmers from the countryside. His older sister is sick, and their grandmother lives with them. His parents are struggling to support all the needs of his family. AKUN’s scholarship provides him with an opportunity to focus on his studies, and provide support and encouragement for his family when he graduates. His degree program is for 2 years. He has completed his first year with a very good academic performance. He writes “life at school is not so easy, especially because I need to study a lot…but I am doing my best, for my future and especially for my family who is doing many sacrifices for allowing me to study."

Oem SokLa has graduated (2021) and is working for an electrical company in Phnom Penh.

​In Oct 2018, Seun Kim Chhan began her degree program in Accounting at the National University of Management in Phnom Penh. She will use her degree to find a good job on graduation and help her family. Kim Chhan is an only child and lives with her mother and stepfather. Her mother works as a cleaning lady and her stepfather earns very little. AKUN’s scholarship provides her with an opportunity to build a good future and alleviate the burden on her parents. Her degree program is for 4 years. She completed her first year with excellent academic performance and has continued to do well on her course.  She writes, “I am proud of studying in this university, and I promise that I will put all my best efforts to study well and be a good student, never making you regret the help you are struggling to give me."

Noun Minea began his 5 year course in Civil Engineering at Norton University in early 2021. He has just started the first semester of his 2nd year. Noun Minea is the eldest of 4 siblings. He wants to become a Civil Engineer working in the construction industry. He wants to be part of the development and improvement of the infrastructure of Cambodia.

In Oct 2019, In Sreytouch began pursuing a four-year degree in Chemistry at the Royal University of Phnom Penh. She hopes to become a teacher when she graduates and share her knowledge with others.

In Sreytouch is the fifth child of seven children. Her mother passed away and she lives with her father, grandmother and two younger brothers. Her four older siblings are married and working. Her father is a rice farmer in Chumkiri. He works hard to provide for his family. In Sreytouch was a Scout leader and Vice-Leader of the local youth group and helped with AKUN's Sunday Feeding Program while she was still at school. 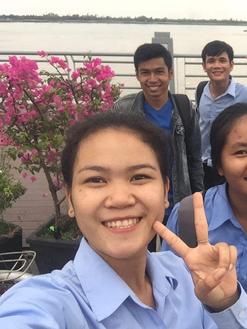 Did you know that when you donate money to AKUN, more than 98% goes directly to projects?