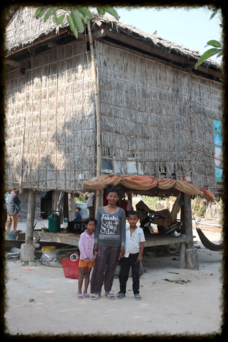 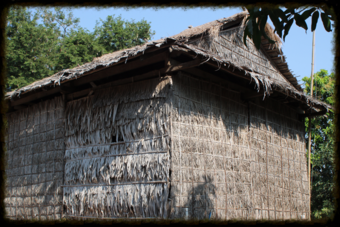 Channy is a Cambodian lady from the Chumkiri area in Kampot Province. She is very committed in the local Catholic church and is now studying the secretarial course (2 years) with the Salesian sisters. She was the leader of the Scout teachers and also part of the Charity Group. She comes from a poor family and is quite reserved. Despite being heavily involved in projects to improve the lives of poor people around her, she did not reveal the situation of her family. But some members of the Charity Group said that her house was only a thatched shelter and was broken (see photo below). It needed to be repaired soon or she was at risk of loosing it completely. There was a family not far from Channy's house who wanted to sell their house in order to build a new one. It is a beautiful house, big enough for Channy's family (see photos below). They only needed to transport and to change the roof.
The house cost about $1,000 and we bought some panels for roofing, because the present zinc is very old (probably an extra 250$). 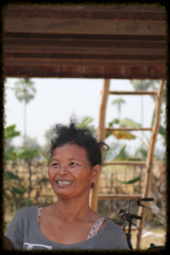 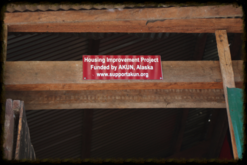 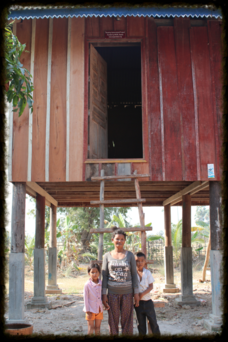 AKUN has spent $1280 in 2015 to buy a house from a neighbour and move it on the land owned by Channy's family. This fund covered buying the cement pillars and all the supplies and workforce needed to move and 'rebuild' the house for Channy's family. The family participated heavily in this project and they will sell a cow to pay for nice stairs (AKUN funds only paid for the basic stairs on the photo below). We were sad that they had to sell such a prized property but the father replied:

'You help us but we have to help ourselves too!' 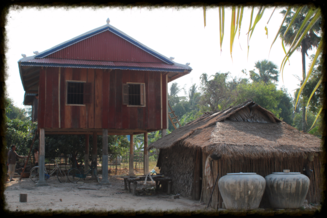