Ming Khim is 33 years old. She is married to a man who is 27 years old. He was working as a mason in Phnom Penh to earn better money than in the village. He is the third husband of Ming Khim, because the first two husbands died already. She has 4 children:
one boy from the first husband, two from the second (a boy and a girl), and one boy from the present man.
The firstborn is already quite big (perhaps 18 years old) but he doesn't help at home because he prefers to go around with his friends and seldom goes back home.

​Early in 2016, the youngest baby passed away (the infantile mortality is still horribly high in Cambodia!). So the couple decided to leave the 2 middle children with the grandparents and go to work in the North near the Thai border. They worked there for one of their relatives who let them use 3 acres of land to plant cassava (a local staple food). The idea was that if they were successful, they could buy their own piece of land there and get the kids to join them later.

Linda, AKUN President, visited the grandparents in February 2016 while the couple was away.

Unfortunately, Ming Khim contracted TB (Tuberculosis) while away and got quite sick so they went back to Chumkiri. She is now undertaking treatment and is doing better. AKUN Board decided to give this hard-working couple a good start by building them, thanks to your donations, a decent home by the end of 2016. 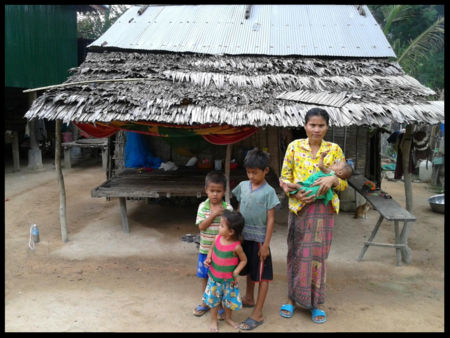 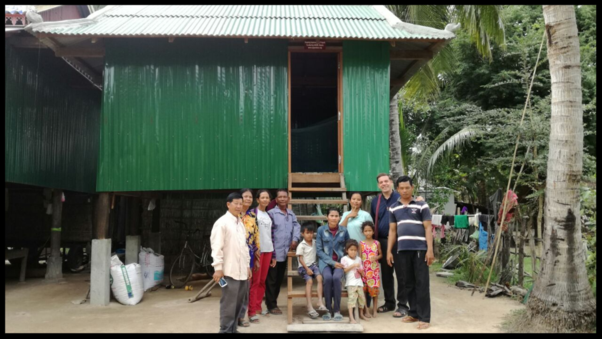 If you would like to continue build decent shelters for desperate families like this, please donate and we'll do the job!