Ming Nat's Story:
53 yrs old and husband 49 yrs old.
They have land beside to do subsistence farming.
They have 3 children: 2 are married.
Eldest daughter has 3 children and lives far from here.
The second is a son and he is a builder, has 2 kids (the ones we saw during our visit last year). His wife left him and so he came back near his parents.
The 2 kids living there (Ming Nat's grand-children) are: 8 yrs old girl and 5 yrs old boy. We are told they both study at school.
Ming Nat's youngest daughter still lives in the house with them and she was in grade 7 in 2017 (about 14 yrs old then).
They have lots of ducks, trees, 2 pigs (1 given by a teacher of the kids), 2 cows and chickens. One cow was given by the village (then when the cow gives birth, they keep the calf then give the mother back). Other cow given by the brother with the same system. They keep the cows for farming and investment.

They also have a still to make rice wine. Makes once week and use the by-products to feed the pigs.
Ming Nat is involved in our women's group and other activities in the area. She is trying hard to give a better future to her kids and grand-kids.
As you can see on the photos, their house is not too bad. They just need a repair and raising it as it gets flooded easily. They are also the first family that we have seen presenting us with a certificate of 'poorness'! We have a photo of it: they are 'Poorness Class 1'! Which is the poorest we think....
We ended up biulding 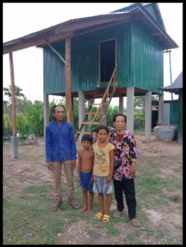 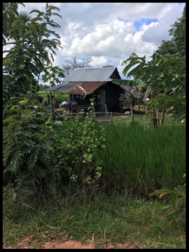 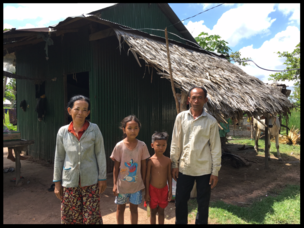 and that of her extended family. 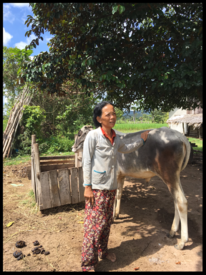 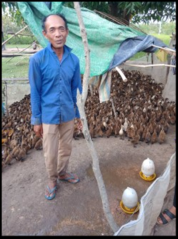