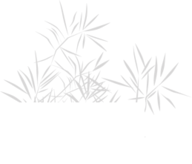 Some of Puk Lay's words of gratitude to AKUN volunteers and donors were: 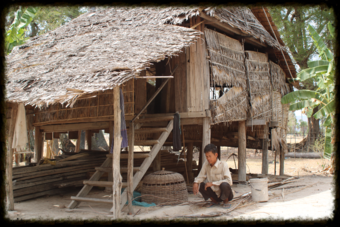 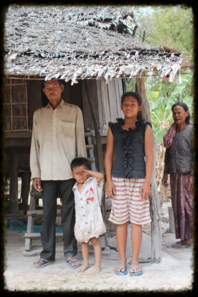 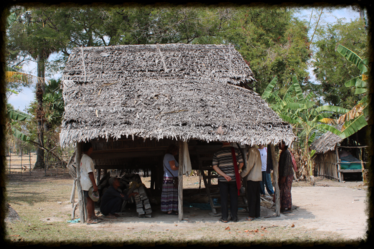 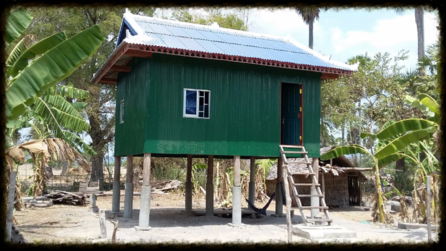 Linda and Christine (2 of the AKUN Directors) met Puk Lay during their Cambodia trip in February 2015. This is his story:

Puk Lay became blind at the age of 11 yrs old and is now in his 50s. He married and had 2 children but his wife passed away after the birth of their baby boy (still very common in Cambodia unfortunately). He managed to raise by himself his daughter, now 13 and his son, now 5. They live in a very primitive shelter and have no regular income. Puk Lay makes baskets with natural materials he finds nearby and then sells them. With whatever money he could gather, he managed to buy some wooden planks and 3 cement pilons to rebuild his hut. His hut was deteriorating rapidly and is being eaten by termites. But due to his disability and age, he never managed to take his project any further.

AKUN used $1260 of your donations in order for the lives of this entire family to be improved enormously! Puk Lay's renovated house was finished early April 2016. Thank you so much!!! 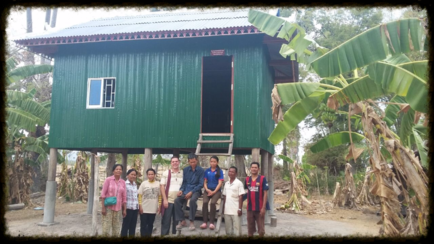 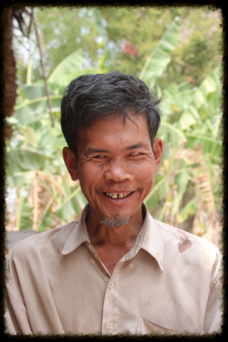 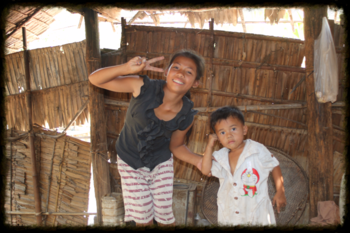 ON BEHALF OF PUK LAY: