If you would like to continue build decent homes for desperate families like this, please donate and we'll do the job! 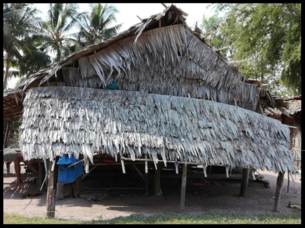 Ming Phat's Story:
Ming Phat is 53 yrs old and her husband Puk Non is 55 yrs old.
They have 5 children and 3 are already married, 1 daughter (19 yrs old) works in Phnom Penh and the youngest son Pech (14yrs old) is still at home with them. On the plot of land, there are 2 'huts' and the new house that we built. The 2 'huts' belonged to the younger brother and younger sister of Ming Phat. The younger brother has 3 girls: 2 grown up and working and one still at home (10 yrs old) under the care of Ming Phat. He left his family and his wife has gone somewhere far to work, leaving the 10 yrs old alone with Ming Phat without sending her money. Now, of course the niece sleeps in the new house.
The younger sister of Ming Phat has 5 children (none married): 3 older ones who are working and 2 younger (12 and 14 yrs old) attending school. She is still married with her husband and together they farm the surrounding fields. Ming Phat also helps with these kids.
Also one grandson of Ming Phat is living full-time with her: his parents are divorced and left him when he was 5 months old.
Ming Phat and her extended family have chickens, ducks and lots of dogs. So by giving a decent home to Ming Phat and her husband, we are also giving a better life and future for all these children that she is looking after! Thank you!

Ming Phat kept her old hut for cooking and storage. Nothing is wasted out there!

This is where Ming Phat used to live, but in 2017 we used $1000 of your donations to change her life and that of her children. 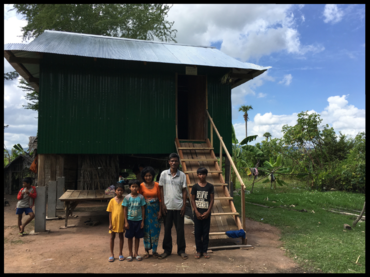 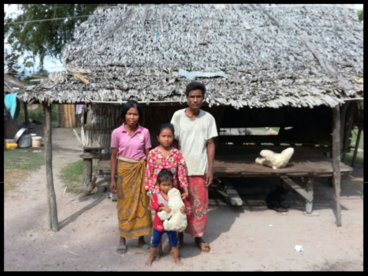 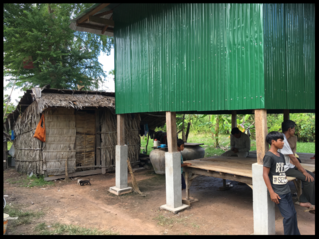