The housing improvement for Ming Cheng's family is a great success! Having a decent house, they can now grow their own food, rest properly, wash their clothes, be part of a community and the kids can go to school. They gained dignity, stability and hope in life! 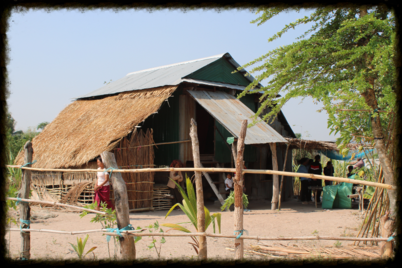 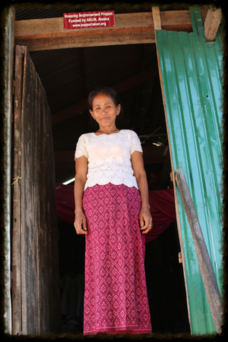 This shelter might appear still very basic to you but this is a typical home for Cambodians in that area. Kampot is one of Cambodia's poorest provinces and we need to respect their way of life when we support a project there. Their new home is safe and it protects the family from the rain, insects and snakes. Because they are now settled, the kids can be clean and rested to go to school while the parents concentrate on working their new land for food.

In 2015, AKUN spent $760 to build a decent shelter for this family. The shelter has been built on a piece of land owned by Ming Cheng's family (donated to them by a private donor). Their new home is beside a lively village so the kids can go to school and the parents can find little jobs to earn some income. Their main job at the moment is to cultivate their new land to provide food for the family. 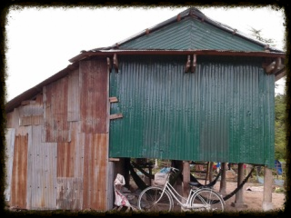 Thanks to your donations and the action of AKUN, Ming Cheng's family now has regained dignity! Only a few months ago, they lived in a basic shelter, they had to roam from place to place to find food, they were so poor! Now, they have their own house on a piece of land large enough to grow vegetables and raise chickens. The kids attend school and the entire family is so much happier and healthier!

This success is possible because of:

- the careful management of the project

- the visits and knowledge of AKUN's volunteers

- the link with trusted volunteers in Kampot

Thank you to all of you who participated to change this family's life! 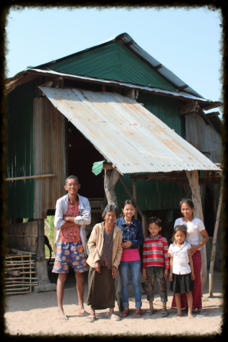 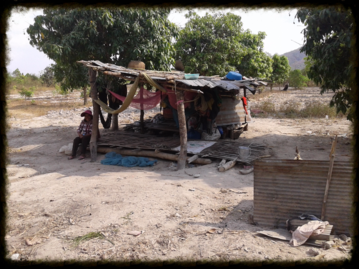 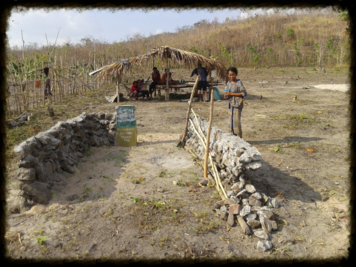 ​
Puk Toich and his wife Ming Cheng, in their forties, live in the Chumkiri area and have 6 children. The first is married and lives far away, the last is only 4 years old. Mr. Toich has a hearing impairment. They were living on somebody's land, with the commitment of looking after his farm. However,  the owner gave very little to them, and they were barely surviving. A little while ago, they decided to go towards the hill and take a piece of land to farm. The mayor of Chumkiri told them that they could stay there, but the land is on a slope and they cannot grow rice (and they have no source of water for other crops). Moreover, the land is outside the official boundary of the people's land, which means that it belongs to the Government and cannot be owned by private people. Therefore, they will never be able to own that land and could one day be forced to leave. In any case, in this desperate situation, the whole family did not have enough food and the children did not receive an education. This family lived in a little hut with not even enough palm leaves to make a roof! With less than $1,000, AKUN, through you, built them a house and brought a better future for the entire family!
​