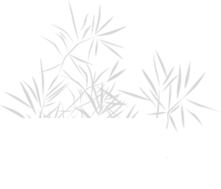 AKUN committed to continuing the Sunday Feeding Program in 3 villages in Kampot Province in Cambodia. The program started in January and was doing really well until it had to stop due to Covid-19 restrictions in March. Fortunately it restarted in 2 villages in October.  Tropeang Skun's program restarted as soon as it was able to.

AKUN was able to continuing sponsoring students, on their higher education courses, at universities in Cambodia. Two new students Sam Vicheka and Noun Minea were added to the Sarah Meredith Fouad Scholarship program. In addition, 3 other students continued to be sponsored by direct sponsors. All the students are studying online though they are looking forward to in person classes when they hopefully start agin in 2022.

In addition, AKUN was approached to sponsor an Oxygen Concentrator to support people in N. Peru who were in urgent need. Due to the Covid-19 pandemic, many people were sick and were unable to be treated in hospitals so were suffering at home. Portable oxygen concentrators allow  care to be given at a patients home. AKUN raised money via a Facebook fundraiser and topped up those funds with money from general funds to pay for 1 portable machine. It is currently in use and helping villagers in N Peru.